“There are people creating things just outside your window.”

We have huge admiration for the comics (and a musician) who came and performed last night to an audience of… two! (Who had a very surreal and exclusive show.) Despite the crowd being outnumbered by the performers, they put everything into it. True professionals. Thank you for what you do.

We are mindful of a quote..

Experiencing live entertainment is good for you! Live concerts can be uplifting and promote a sense of wellbeing which helps combat depression. They give you positive energy & stimulate your senses resulting in overall good health and a better outlook on life. All in all they are great for your physical and emotional state.  Despite this, it’s a fact of life for venues and performers that they are in a ceaseless struggle to win over an audience each night and persuade them away from Eurovision, Big Brother, The Olympics, the final episode of Lost, The World Cup (and so on.) 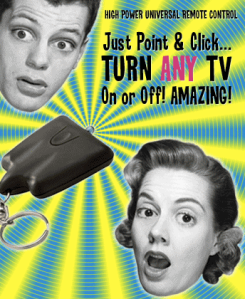 We understand, of course, that the TV is but a button away, whereas going out requires coats, shoes, keys, bike, money, babysitters/dog-sitters, somewhere to park and so on. And the voice in your head is saying “it’s warm in here, there’s your favourite corner of the sofa, sit there!”

“In good times people will go and see a new band just to hear what they’re like. Now if it’s a band nobody has heard of then people aren’t so keen to pay the money to see them. They’d rather go and see a cover band down the pub where it’s free. But that’s not what we are about. We’re a little rock’n’roll sweatbox: the vibe is second to none. We’re trying to stay positive.”  – The Horn’s promoter, Hansi Koppe

There are clearly strong motives for venues and performers to do what they do. (Making wads of cash is generally not one of them!)  At the top of the list, for us at least, is a burning desire for our city to be a place of colour and distinctiveness, of mad variety and passion, from the trembling hands of a noob on stage for the first time reading one of their poems at a spoken word event, to the seasoned pro on tour visiting the city for maybe the first time, looking to grow their fan base. We have long suspected that the day when everyone realises that we have NEVER hosted a crap night and that they are almost guaranteed to have a memorable, thrilling or fulfilling evening out (whatever they come to) is a long long way in the future (or may never come.) In the meantime, we’ll keep promoting and trying to spread the word while knowing that, the minute we relax, or our event falls on a night when there’s something ‘big’ on TV, or it’s a sunny evening, our audience will drop to two!

“Big venue live music is thriving, but, due to smaller venues closing, in a few years’ time we will no longer be producing the bands who have cut their teeth in the smaller venues” – Rock music under threat as small venues go bust across Britain

Local colour is so important. Vital, in fact, to the health of a city, it’s vibrancy and social cohesion. Imagine for a second what it would be like if your city had no small performance venues. The young woman trying to make a better life for herself who has just released her first EP and wants a launch night to invite all her friends and family along to, is not going to get a gig at the O2 Guildhall. (She might, though, wind up on X Factor being humiliated by idiots, that everyone stays in to watch.)

“For many musicians the small venue is crucial, not only for getting those first steps into the industry – somewhere where they can pick up new fans and maybe even catch the ear of an A&R man – but also for established bands to try out new material.” – http://www.theguardian.com/music/2012/may/26/rock-music-venues-bust-britain

So, we want to set you a challenge: to get a piggy bank, put some change in it each day and then, on a regular basis, pick a gig by a performer you’ve never heard of before in your local area (by all means check them out on YouTube first) and GO AND SEE THEM. Take a risk. It could change your life.

I am a founding director of a Community Interest Company called The Art House Southampton CIC in the UK. I am a community artist / promoter / facilitator / technologist / general tinkerer! I believe that through the arts, people can rediscover themselves (and thereby reclaim their power.)
View all posts by Bik →
This entry was posted in Behind the scenes, Community news & views, Events. Bookmark the permalink.
Loading Comments...
%d bloggers like this: