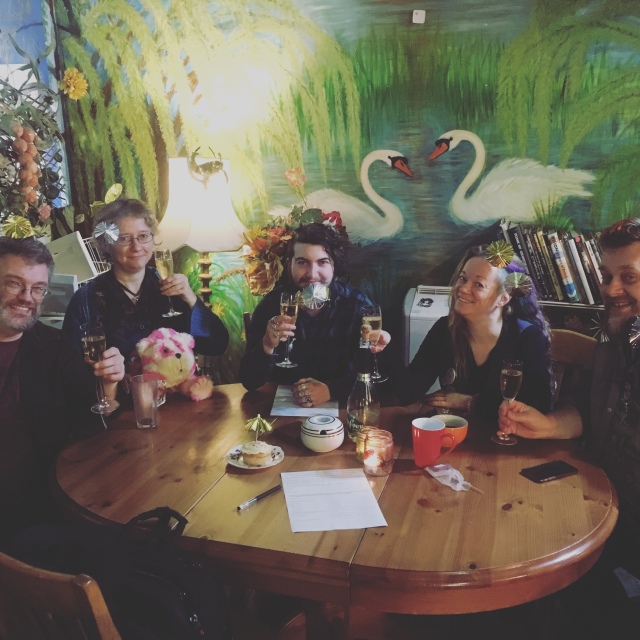 We have some really exciting news! On Thursday 17 January, we appointed two new Directors, taking our team from three to five.

Devin Valentine has been a cafe co-ordinator here since Mary 2016 and this year took on more admin, volunteer applications, rota management and funded projects.

You may also know him from such events as Reclaim the Night 2016, and the Transgender Day of Remembrance Vigil. Hobbies include fixing things, motorcycles and playing bass in his band Hunting Hearts (who are playing here tomorrow, Saturday 19 January, at 7.30pm – there are still tickets left!).

Dave Hubble is well known around Southampton, having co-ordinated our local Greenpeace group for many years, been active on the art and poetry scene and a common sight at local gigs! He joined The Art House as a maintenance co-ordinator and in the last couple of years took on the exhibitions co-ordination. He also once wrote a book on leaf beetles.

Artist, activist, founding director of The Art House in Southampton.
View all posts by janifranck →
This entry was posted in Behind the scenes, Community news & views, Future plans, Our crew, Uncategorized. Bookmark the permalink.
Loading Comments...
%d bloggers like this: