Sorry, we won’t serve you……

Posted on December 5, 2014 by arthousesouthampton

English law on alcohol sales is very clear – licensed premises are not allowed to serve somebody who is already intoxicated.

However, a study showed that in 84% cases of attempts by actors pretending to be drunk, they were served in the venues they went to, according to this article.

So, it seems that some others venues completely ignore the law. 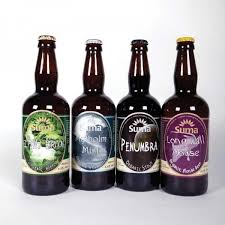 Which explains why, when our crew DO refuse to serve people who already appear to have been drinking, we often get a rather shocked reaction.

You see, we’re not a boozy place.  We aren’t trying to squeeze every last penny out of people who come in and we would much, much rather have a good atmosphere and moderate income, than a loud, drunken vibe – even if more drinks sales would mean higher takings.

Our customers and crew want, quite rightly, a vibe in keeping with what The Art House is all about.

Look – a couple of drinks isn’t harmful generally, even the medical community are pretty cool about this.  Good quality wine, ale, these are perfectly healthy things to enjoy for most people.

Most folks who come to a gig here arrive sober, and have one to three drinks during the course of the evening along with some snacks, or even a supper.

People get a little merry, they enjoy a good time, we’re not policing that or wanting to spoil anyone’s fun.  You’ll often see Bik sipping a beer, or Jani ‘off duty’ with a glass of red, or one of our other crew enjoying a social evening here.

We serve some gorgeous, mostly organic or locally brewed, booze and we don’t sell it cheaply.  Quality over quantity, and savour it at a slow pace, is the way. 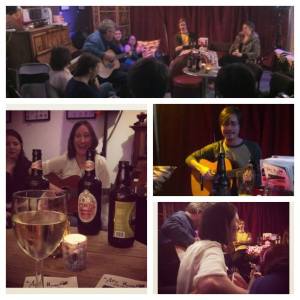 Enough wine and beer to appreciate the music and maybe sing along, not enough to pass out under the table!

However – if it’s clear you’ve already had a few when you arrive, or you’ve had a number of drinks here and are slurring and swaying a little, even if you are as nice as pie, we probably won’t serve you alcohol.

It’s at our crew’s discretion and our crew are taught to trust their instincts.

Because the law says so, and because drinking too much can ruin your evening, as well as ruin the atmosphere here.

When we’ve had more than a couple of drinks, most of us can’t really accurately judge if it’s OK to have another – that’s why it’s up to the (sober) bar staff to make the call.

Folks  can come to harm more easily, they can harm others, they can act in ways they regret and you can be sure they will wake up not with a lovely memory of a great night here, but a stinking hangover.

Look, we’re not nannies, you can get wasted if you like, that’s your right.

We have a right, though, NOT to be the people who served you so many drinks you had an accident, a horrible fight with your best mate, drunk dialled your ex at 3am and woke up with a mouth like the bottom of a rat’s cage.

It kind of goes against everything we stand for, to bring those negative experiences to somebody just because we wanted to make more cash.

In our training, our crew role play how to refuse service gently and without causing offence – but we have to admit, that’s a hard thing to do.

Not least because we know most of our customers, quite well, and many of them have been supporting us for years.

It’s always hard to say ‘no’ to somebody and there will always be those who feel hard done by, or shamed.

In most cases, even if somebody isn’t happy at the time they will, in the cold light of day, realise that we were looking out for their wellbeing and hopefully not feel too embarrassed to come back in.

There’s nothing to be ashamed about, we’re friends looking out for you, is all!

We hope you understand, if ever we gently say ‘maybe you’d like a tea or coffee instead?’ – but if you don’t, perhaps we’re not the venue for you.

The Art House is a not-for-profit café, gallery and arts venue in the centre of Southampton. We are a place you can meet new people, meet up with friends or just come in by yourself. Our licensed café offers delicious organic lunches, Fairtrade tea and homemade cake. We also have a busy programme of events, workshops, and art exhibitions, a clothing and crafts boutique and lots more. Most of our crew are volunteers and you might even want to apply to join them. Come along and enjoy our unique, community run space.
View all posts by arthousesouthampton →
This entry was posted in Behind the scenes, Our crew, Our philosophy, Tips for event organisers. Bookmark the permalink.
Loading Comments...
%d bloggers like this: